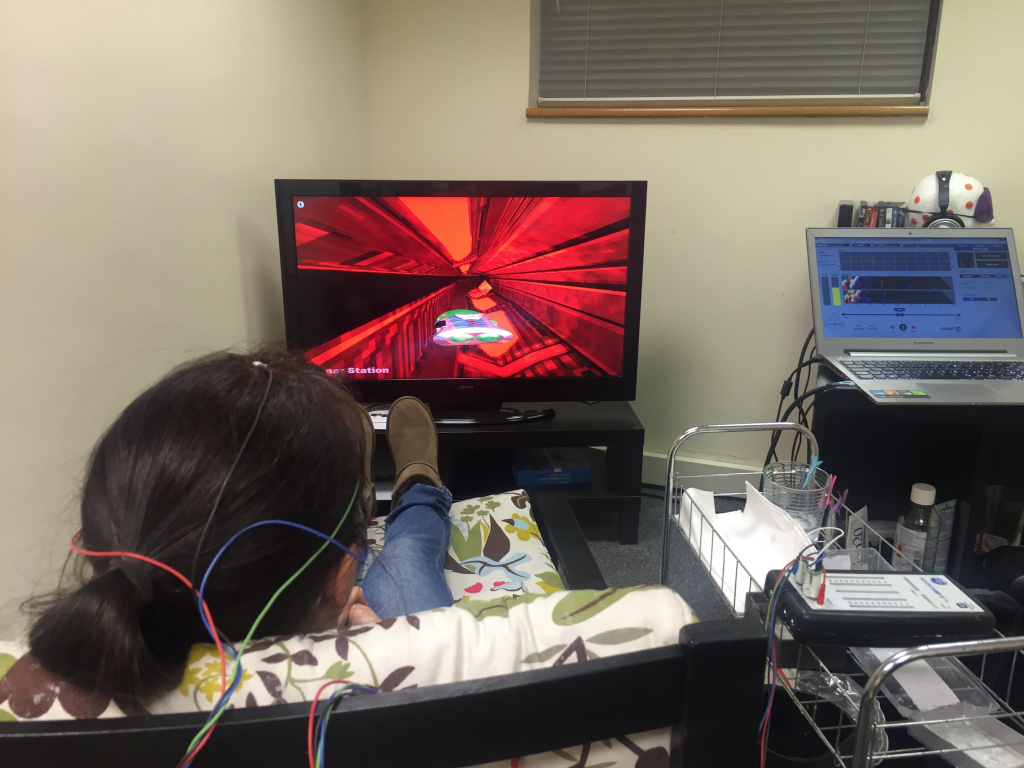 “It was as if a spell had been lifted off me. I haven’t been sick in months.”

For over 28 years Sue Lane suffered from severe migraines that were so bad she feared she would lose her job working for an airline at Heathrow.

“My migraines where so severe they would often be accompanied by days of pain and vomiting. I couldn’t sleep properly and I even ended up in hospital when the NHS (National Health Service) thought I was having a stroke”.

Sue says she tried everything to cure her headaches from acupuncture and hypnotherapy to injections and even colonic Irrigation, but nothing worked.

“I first read about the benefits of Neurofeedback from a book called the Migraine Revolution. I Googled it and I couldn’t believe there was a practice here in Egham called BrainTrainUK”.

BrainTrainUK provides a completely non-invasive treatment that uses Neurofeedback technology, originally discovered by NASA in the 1960’s, to retrain the brain.

Participants wear electrodes on their head to monitor their brainwaves while they watch specifically designed videos or play BrainTrainUK video games.

The video/video games are then adjusted according to the participant’s brainwave patterns and this visual feedback helps stimulate/train areas of the brain that are either underperforming or need support.

Sue says “After 18 sessions I felt like a different person, it felt as if a spell had been lifted off me. I haven’t been sick for months, which is unheard of and everyone says I look better.”

She continues “if I hadn’t read that book I would have never have known this was available. In my opinion it should be made available on the NHS and anyone suffering from migraines should seriously consider it as an alternative to medication”.

We continued to monitor Sue’s symptoms for 7 months after we last saw her.  After 7 months she told us “Thank you for helping me, I really feel like I’ve escaped from a prison sentence.  It’s really strange not feeling ill most of the time, I can now do so many things. I think I don’t need to be tracked on migraines now as they are now a thing of the past. Once again many thanks.”